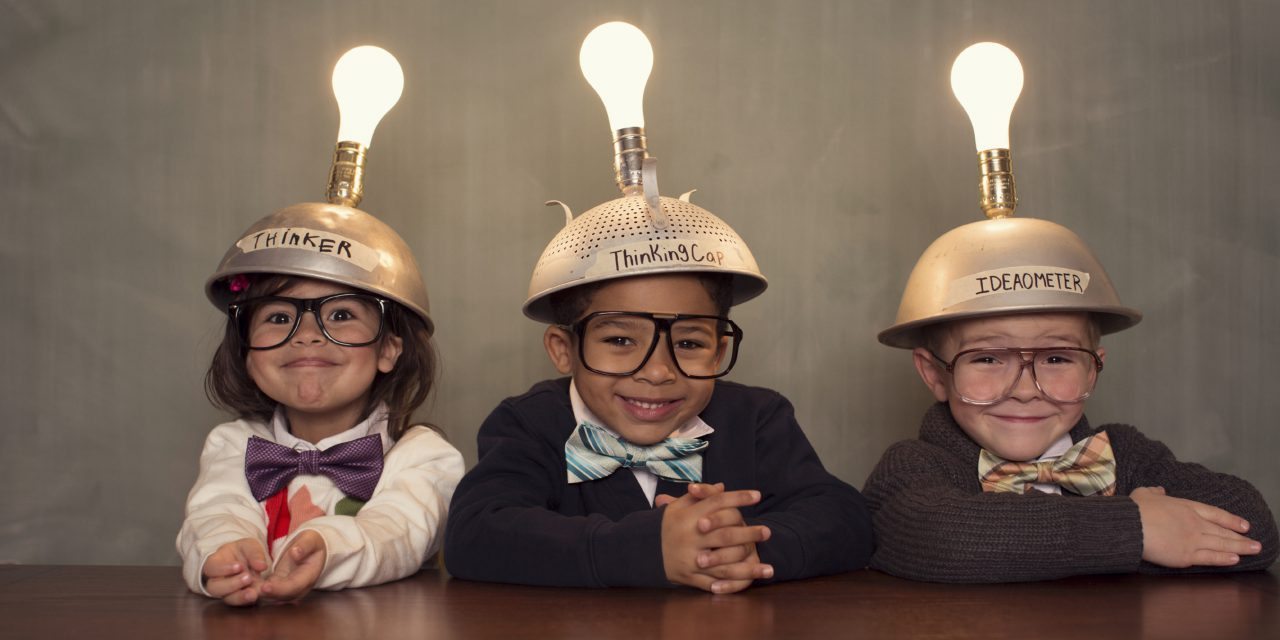 The says author Lucy Clark. So what is going so wrong with education in Australia, and what can be done to fix it? When Prime Minister Malcolm Turnbull sat his year 12 exams in 1972, he apparently didn’t feel much pressure to do well.

“I wasn’t as stressed out about the exams as perhaps I should have been,” Mr Turnbull later recalled. “There’s no point being anything other than chilled when you do the exam.”

Just you try telling that to a high school student today.

Indeed, the pressure of school has ramped up considerably since the ’70s; thanks in part to an education system now obsessed with a narrow definition of success — with standardised testing, ranking, comparison and competition — a disturbing number of young Australians suffer from depression and anxiety.

Clark’s daughter was one of them, struggling — and often failing — every day during the two years of her Higher School Certificate (HSC) to attend classes, hand in assignments and show up for exams.

“By all the standard markers … my daughter graduated from school a failure,” Clark writes in her new book, Beautiful Failures: How the Quest for Success is Harming Our Kids.

But it’s not just the kids who ‘fail’ who are suffering, Clark says — those who ‘succeed’ are, too.

“This drive to achieve a number at the end of 12 years of schooling has become a kind of mania,” she says.

“Overriding so much that is wonderful and exciting … about being educated.”

Her daughter’s struggles led Clark, a journalist with Guardian Australia, to ask questions about what is going so wrong with education in Australia that 26 per cent of children drop out of school, and many others lament losing their adolescence to stress and mental illness.

She spoke to ABC News about what an education ‘revolution’ might look like, how parents and policymakers can ease the burden on our kids, and the Australian schools already leading a change.

Your daughter, your ‘beautiful failure’, was the inspiration for this book. What was her experience with school, and at what point did you realise she might not be the only one struggling in this way?

My daughter pretty much failed to hit all the marks you’re supposed to hit in the last few years of school.

All types of assessment and judgment paralysed her with anxiety, she wanted to flee classes, she truanted, and suspension and expulsion were always just around the corner.

Getting her to school was a daily struggle.

I realised that we weren’t the only family in pain when I wrote an article about her finally finishing school — and what an incredible achievement that was for her — and the feedback I got from around the world made me realise how many kids feel like this.

For someone who doesn’t have a spare 10 hours, what is going wrong with education in Australia?

There is too much focus on academic outcomes and a very narrow view of success with a one-size-fits-all approach that negates individuality.

The whole system is geared towards achieving better outcomes rather than getting kids to love learning, and consequently there is a hierarchy of pressure, with kids right at the bottom.

There are a whole lot of structural problems too but, well, I could write a book!

Does this really have an impact on the health of young people? After all, older generations seemed to cope just fine.

Firstly, I think the pressure has ramped up in the space of a generation, and is much, much worse than the parents of today experienced.

And secondly, I think it is definitely impacting on the mental health of young people.

When 26 per cent of kids are suffering anxiety and depression and mental health issues, and when kids report that school pressure is one of the main reasons for their anxiety, we have to join the dots. Most experts in the field have already done this.

What is PISA, and to what extent is it to blame for this ‘mess’?

PISA stands for Program of International Student Assessment and it is run by the OECD, and it is only part of this mess, but it’s a significant part.

Since the advent of these global tests in reading, maths, and scientific literacy in 2000, governments around the world have started tailoring policy to get better outcomes, to become more competitive, in the international rankings.

Again, this leads to a narrowing of the focus of education, and much that is wonderful and necessary and joyful about education gets sidelined.

And yet … Finland! Why is Finland considered to be the gold standard when it comes to education? What does it do differently to other countries?

The Finns actually go out of their way not to make kids anxious about school. They value the whole child, not just a small academic part of the child.

There is no streaming, testing is negligible, competition and comparison between children is anathema, and yet they still do so incredibly well in academic outcomes.

They also have a very equitable system, with very little variance between schools in terms of wealth. There’s a lesson in there for everyone.

You spoke to one high school student who felt she had been robbed of time and opportunities to do things she loved, to discover who she was — instead, her focus was on getting good marks. Younger readers may relate to her sense of loss, and the pressure to do well academically, particularly in year 12. Do you have any advice for how students can cope better with that pressure?

I don’t think it is up to kids to work out how to cope better with the pressure. It is up to the adults in their lives, their parents, their teachers, and the leaders of their society — all of us — to work out ways to reduce that pressure and to seriously question what the pressure is for. This calls for a wholesale re-imagining of the system.

While we’re waiting for the adults to get their acts into gear — which could take some time — kids can make time in their schedules to do the things they love, creative things, hobbies, or just being bored for hours on end. Just being kids. Their parents need to support them in this.

They also need to remember that these narrow definitions of success, these grades, these numbers, don’t describe who they are, and actually that knowing themselves, being strong in themselves, is much more important in the long run.

We need a revolution in education, you say. We’ve needed reform for decades, and it’s more important now than ever because the pressure on kids has gotten so much worse. But what does reform actually look like?

It might mean teaching well-being, and actively fostering strength in our kids at school.

It certainly starts with shaking up all the accepted wisdom’s that we hold about education.

So then what is standing in the way of change?

Nostalgia is a big brake on innovation. A lot of adults look back at their own experience and think, ‘It was good enough for me, and that’s the way it is, so just get through it, kid’.

People are reluctant to ‘experiment’ with their kids and so they play it safe.

Politicians often think about short-term fixes and what can be achieved while they are in power rather than thinking long-term. And the bureaucracy in the system hampers change, too.

Also, I think we are having the wrong conversations about education, what it should be, and what success in education means.

You were excited to discover that there are actually a handful of mainstream Australian schools, like Templestowe College in Melbourne, that are a great example of what the ‘future of education’ could be. What does Templestowe do that other schools don’t?

From a practical point of view, there is no such thing as year grades — kids progress through the curriculum when they are ready, working at their own pace.

Philosophically speaking, they believe kids can create and can be in charge of their own education, so it is true student-led learning. It has transformed a school, and its students.

It makes a lot of sense, when kids are making the journey to adulthood, to give them more responsibility for their learning.

It gives them a sense of control and power, and keeps them engaged. It also makes them feel like they matter.

If you could wind back the clock 10 or 15 years, how might you approach your own kids’ education differently, knowing what you now know?

I would pay closer attention to the individual natures of my kids and not just accept that they should conform to fit the system.

I would have been braver to ask questions about the way things are done.

I would have cared less about grades and outcomes and more about whether they were engaged with their learning, enjoying their learning, and thinking creatively and independently.

I so wish I knew back then what I discovered in the writing of this book! 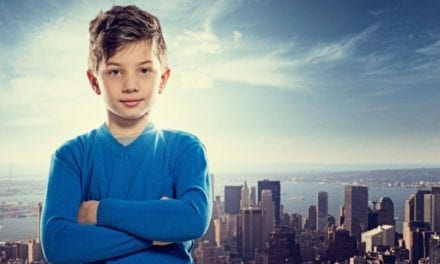 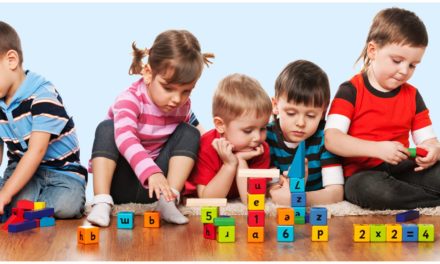 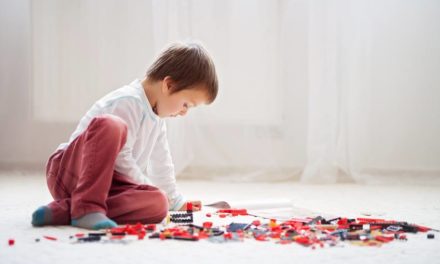 Want to Raise Smarter Kids? Invest in Toys or Games That Focus on This